6 likes
In Japan it's known as Extreme Escape: 9 Hours, 9 Persons, 9 Doors; in USA it's known as 999 Maggle! It's described as a graphic adventure game/visual novel; what that means is that it's a puzzler but with long bouts of text & plot in between. - Jay

The story is as follows, you play as teenage Japanese boy Junpei, who along with 8 other people, are kidnapped and brought aboard a sinking cruise liner. Who did this? Zero, a mysterious person in a gas mask, who wants to play a game. The Nonary game. What’s nonary? Get ready FOR MATHEMATICS! It’s a method of adding numbers until you get a single digit. Yes, the game centres around reading the plot, and solving logic environmental puzzles and doing maths. That sounds terrible but it’s actually good stuff. There’s a branching plotline (you get to choose what doors you want to progress through) and there’s 6 different endings (one good, true ending).

• You escape your room, learning the mechanics, and meet the rest of the abducted, where they hammer home the rules of the game, repeating conditions and others summarising/reinforcing them. Jesus! Straight up: Lotus. Dancer’s massive tits hanging out. Hardly doing anything for making games less chauvinistic. At least there’s another girl with a jumper on. June. She’s your love interest. The Japanese are a pervy crew. She makes playful double entendres and blushes. She’s never had a boyfriend (18×0 is zero Junpei san tee hee hee)!
• You gotta play the game, you’ve a bomb in your large colon, the Bomb will deactivate when dead or outside ship…. shit it out? Also, cut off thumb & thenar and slide off remote cuff?
• There’s some fun writing in it: “His breath came in hot pants.” “Hey it’s really hard. Say it again. One more time. Big perv.” Looking at what appears to be an abstract painting: “Funyaripna: That’s… that’s practically blasphemous! Say you’re sorry! Apologize to the Funyarinpa right now! Gosh, you are such a rude reader.” In the Gears Steam puzzle, “Look Ace! It’s some kind of snowman secret meeting!” Bit of meta writing too “Were abnormal, running around, solving all these puzzles.”

Bright, inviting cartoonish drawings digitised for the DS, basic fading/moving of still sprites to simulate animation (the most you’ll get is a shaking picture). Lots of sound effects instead! It’s totally grand. You’ll spend most of your time reading text and Lotus’s ridiculous rack.

This is “graphic adventure game/visual novel” but it’s more a novel with some gameplay; it’s Metal Gear Layton! Stuck in walk-in freezer, going to freeze to death? June starts banging on about the Titantic and water-9 etc. Halfway through each puzzle we get a long bit of chat/plot furthering the story. Trying to solve a puzzle and June will be like: remember this exposition? It’d be your reward for solving half the room. Titanic, telepathy experiments, Alice the frozen mummy. Morphogenetic field. Ice-9.

Most of the game is reading text, or searching rooms by tapping on objects. The branching pathways are done via the Nonary game, where through maths you can decide who to team up with. Wow that might be the most uncool sentence I’ve ever written here! It’s grand though. Here’s how the maths puzzles work. Door has 3 on it. You all have bracelets with a number (1 through 9) on it. Keep adding individual numbers until you get one character. e.g. 6+7+8: 21 = 2+1 = 3. It’ll be drilled into you in the game, don’t worry! The Game is idiot proof. Companions will spell out the operation of a game and you’ll repeat it, and if u don’t get it they’ll make leading remarks and bluntly point you in the right direction.

Thoughts during playthrough:
• The Gears Puzzle built on getting lost and camera angles that don’t help. Quickly stop enjoying it. Fuck off.
• In the lab with Lotus on the computer – ridiculous tits. She writes a hack program in… DOS. Cyber speed typing to ‘just brute force it’!
• Lots of falling for dramatic effect. June has a fever that makes her faint at inopportune times, Ace collapses as he took an analgesic. Soporil. But Ace is the President of a pharmaceutical!
• You’ll learn about Prosopagnosia (not being able to see faces).
• Medical mannequin: never seen a medical doll – 7 mentions “it’s for personal use!” Don’t be shocked, Japanese girl!
• I got the worst, bogus endings first, felt really bad as I’ll feel that it’s canon and everything else is an offshoot! (the Submarine ending) …Leaves you hanging to see the true ending. Different endings have different heel turns, some make sense, some are weak, some are crazy!
• Successive replays fill in more of the plot – odd things glazed over “oh I picked it up in this room”, you get to do it next time, which is great. More full-on puzzles too. Run over bits you’ve already done quicker; your character remembers vague plot points/information as you’ve done it before, as if the character somehow knows its not the first playthrough. that’s pretty cool.
• There’s a bit where they change from Nonary to Hexidecimal, and also say the root of 8+9 is zero. Oh fuuuuuuuuuuck you! 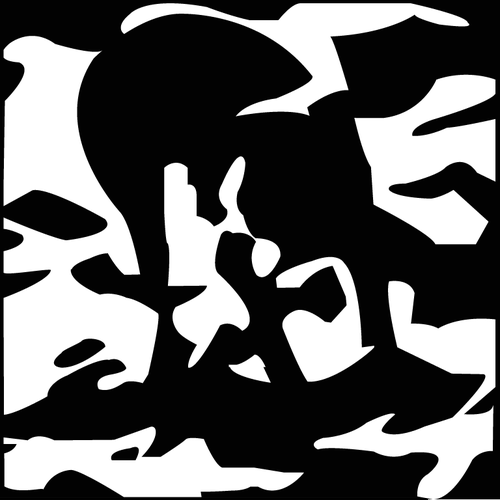 Can you see the dog? (with it’s head turned to our left). There’s a part where Lotus asks you what it is, and you can humorously choose ‘Funyaripna’, where he maintains kayfabe that he’s right 🙂

Good Points:
• Fun plot that gets crazy
• Enjoyable puzzle game
• You can fast-forward through old dialogue which makes replaying easy (I immediately replayed to get the 6 endings, maybe an hour per successive playthough)

Bad Points:
• Some cheap plot contrivances (so much amnesia! Falling!)
•Ratio to gameplay vs stop and read is lop-sided
•Getting lost in the Coal Steam engine decks was no fun, as was the F puzzle shortly afterwards
•Cruel maths homework!