Plot: 29-year old Shaun works in a dead-end job and just got dumped by his girlfriend. The zombie apocalypse happens, and his plan is to grab his mum, girlfriend and hole-up in the local pub until all this blows over *winks and takes a sup of a pint*

Thoughts on the film:
• The first of Wright & Pegg’s “Three Flavours Cornetto Trilogy” (named as cornettos appeared in the movies; strawberry (red) for horror/zombies here, original (blue) for police in Hot Fuzz, and mint-choc (green) for the sci-fi aspect of The World’s End. They have Cornettos in America, right?
• Where do I start? This is a comedy in a zombie package (zom-com), tightly edited, relentless with jokes and memorable scenes until the finale.
• The most charming aspect of the film is Pegg & Frost; who used to live in an apartment together, which the apartment scenes are based on. You can tell these two are huge mates and it crosses onto the screen. Frost cheering him up doing his monkey impression, arguing of which records to use/break as weapons, getting on each other’s case about how to act zombie — it’s all top quality stuff. Even little things like drunkenly humming music on the way home and the premise of mistaking zombies for drunkies is brilliant. Perfectly captures a lazy do-nothing mate that you love dearly. I’ll just put my favourite quotes at the end.
• They do not waste time in the movie. The tell you it’s a zom-com with the opening credits of people, in sync, acting like mindless zombies doing mundane tasks; and have zombies shuffle-dancing whilst the movie title is displayed on the ground. If they need to get exposition over (like Shaun being dumped), Frost will be in the background doing something else, hurling expletives that fit into the conversation. “With Ed around we never get a chance to..” “Fuck!”. The absolute best use of time, using humour whilst getting plot-points across.
• Noticeably, unlike a lot of comedies which just use dialogue for jokes, there are a lot of visual gags and plot points; telling the story of the infection without really any spending any time on it. The whole apocalypse is secondary to Shaun and what he needs to get his life back together. Great use of callbacks, both dialogue and visual: Loved the nice long tracking shot walking to the corner shop to get a cornetto, and then a curtailed long shot again showing it’s now zombified. That Shaun doesn’t notice makes it funnier.
• The trademark POV/fast editing (eg of brushing teeth) really sell how they’ve trimmed all possible fat off the movie. As is giving you the bare essentials in an inventive way, flicking through channels, where the audio humorously strings together to give you the plot. Excellent use of time. The repeating of the fast-editing montage of Shaun’s plan (which all end with him smiling, winking and taking the first sup of a pint) is genius. There’s also more clever use of the camera, like staying with Ed to go check out if the zombies are still at the window (they are) and coming back to his original spot, or the camera staying where it is as Pegg walks in and out of shot as he uses a child’s ladder to see over fences. Lots of interesting shots that aren’t in the way but add to the pacing and variety.
• Wright/Pegg’s now trademark quick-cut action scenes are in all their glory during Queen’s “Don’t Stop Me Now” synchronized pool-cue beating of the owner. It’s magic. As is Pegg’s Matrix nip-up after getting knocked down! 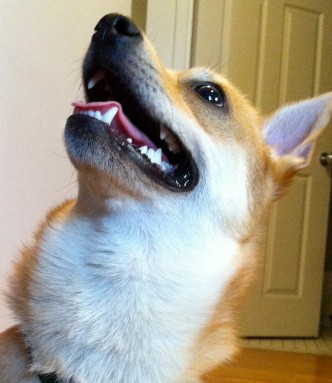 • This film has strong ties to the TV show Spaced, which is also directed by Wright and starring Pegg and Frost. There’s a scene where the survivors meet an alternative group of survivors, which pass one another, sharing a shot together (eg Dawn and Tim from the office). They were also able to get actual news presenters to play themselves giving zombie news bulletins which is very cool to see.
• They show TV footage of talk show Trisha and other British TV shows, and later, the same shows and how they’ve incorporated zombies into them “I married a monster” “Do you take it to bed?” etc. Wonderful. As is a split-second Chris Martin of Coldplay on TV for “zomb-aid”.
• There’s a few references to horror films in there too, like British horror 28 Days Later (dismissing rage-infected monkeys) and Ed saying to Shaun’s mum “we’re coming to get you Barbara” ala Night of the Living Dead.
• Did you know, this film was delayed coming out in the UK for 2 weeks as it was scheduled to release at the same time as Day of the Dead.
• Also, when Pegg was asked why they used slow zombies, “because death isn’t an energy drink.”
• The film was shot for $8m which is brilliant, only a few small bits where it’s obvious they skimped out, like the pool cue beating the Owner has thick pads on, and Pegg tries to not hurt the extras and so hits most of them in the shoulder as opposed to head (and nobody else strikes a zombie) with a stunt-cricket bat. They were all cast from his previous show’s fan club, which is very cool.
• It’s not as obvious first time around but I like how Shaun’s mum quietly favours her left wrist after a ‘close’ attack.
• Black Books’ Dylan Morgan plays Shaun’s ex-girlfriend’s flat-mate, and is excellent as a sneaky meddler and an annoying pseudo-intellectual/twat.
Other Favourite Bits of Dialogue:
• Fuck a doodle doo!
• Leaving the door open, a zombie walks in, comedy scream
• Going through records to decide which ones to use: “Stone Roses?” No. “Second coming?” “I liked it!”
• “Why?” “Because I love her!” “Gay!”
• Did you know that on several occasions… he touched me? *long pause* That wasn’t true. Made it up, shouldn’t have, sorry.
• “Transport?” “Yes! Well no, but I passed my test.”
• Bickering over zombie acting lessons: “Who made you king of the zombies?” (*groans*) “That’s really good.” “Thanks”

Overall: Very tight, well-written, well-paced, upbeat, hilarious movie. Never pushes too hard on melodrama and has a heartwarming, fitting finish. Thoroughly excellent, iconic, a comedy in a zombie package. HIGHLY recommend. How’s that for a slice of fried gold?