Happily baffled at the volume of people that love Suspiria! Even after all the horrible things I said about it. This next film is #42 on the Rotten Tomatoes best horror films list, hopefully it fares better…

Thoughts:
• You might recognise George Sanders as Mr. Freeze in 1966’s Batman TV show, or the voice of Shere Khan in The Jungle Book. His upper-class English accent means his was generally cast a sophisticated villain, great typecasting.
• This is a film adaption from John Wyndham’s novel, The Midwich Cuckoos (1957). The movie had a sequel 3 years later (Children of the Damned), and a poorly-received remake by John Carpenter in 1995.
• This black & white had a tight enough budget ($320k) but didn’t look cheap.
• Excellent start – adults around a town suddenly drop dead at 11am. A soldier drops by to investigate and a constable cycles towards the city and falls to the ground, motionless. The soldier assumes it’s a toxin due to military exercises and calls in the army, equipped with masks. Just great stuff – gripping opener, the familiar (a small town) mixed with the unfamiliar (everyone’s motionless).
• It’s established that in a certain range, regardless of the mask, you will drop dead. The soldier, knowing the scenario, asks a pilot to slowly descend over the town. He of course goes unconscious and crashes, dying. I love 60’s budget and editing, where the crash is stock footage and a dodgy cut to explosion! Bad luck mate, a few minutes later everyone in the town regains consciousness. So this soldier actually caused a death by investigating. Cheers!
• Good news with the entire town waking up 4 hours later. However all the women of child-bearing age are now pregnant, with quickly gestating babies. How do we know? The Vicar gives up his confidential talks with the women in a matter of seconds. Exposition I know but wow, fuck you! They get pregnancy X-Rays, in the days before ultrasounds.
• I was happily shocked to see the professor being so rational about his wife suddenly being pregnant. They’re both bewildered about she could be pregnant, and infidelity never comes up.
• More strange happenings occur: The women give birth on the same day, all healthy children over 10 pounds, with ‘strange’ eyes, blonde hair, narrower nails; and hit their developmental milestones quickly. The doctor has a cigarette to celebrate, that sweet Laramie taste. Scarily, the kids have a hive mentality; i.e. if one knows how to solve a puzzle, they all do. They’re also telepathic, as they can read the shopkeeper’s mind (“I don’t like you being here”) …that isn’t much of a stretch!
• So we have our Iconic gaggle of blonde British creepy kids! They dress in very clean, proper school attire, as opposed to tatty wear of the normal kids.
• There’s an air of distrust of both the US and foreign governments, as the Army do their best to not have this incident as National coverage. There’s an interesting roundtable discussion on similar incidents, and the potential dangers and pluses about these children and their hive mind. The Professor convinces the army to give him a year teaching them.
• The children start murdering people they don’t like/see as a threat, by influencing their thoughts. What did Russia do about this, according to this 1960 film? Why they just nuclear bombed their city with creepy kids; including the adults so they wouldn’t find out, of course! It’s up to the Professor to think of plan, to kill them or ensure their escape out of the village – what will he do?

We know all your secrets! 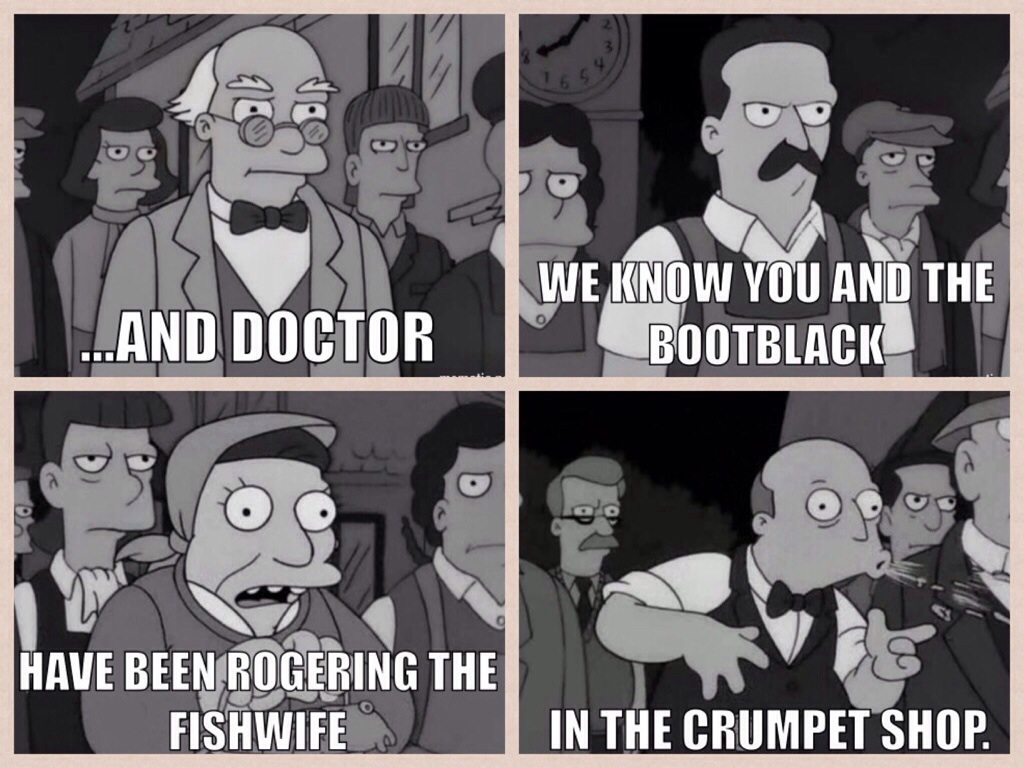 OVERALL: The film is effectively creepy and engaging, a successful genre flick with an excellent start that holds your attention, great premise and iconic ‘villains’. Recommend!