OSW Review | The Simpsons Roasting on an Open Fire

The Simpsons Roasting on an Open Fire 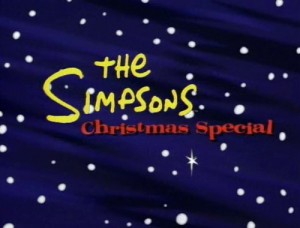 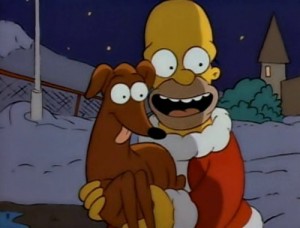 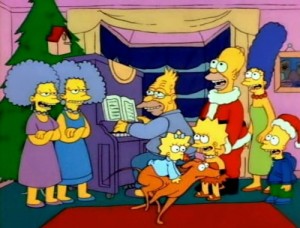 Thoughts:
• Such humble beginnings. Character archetypes are set but not personalities (you couldn’t in just one episode); Homer is easily angered and not that smart. Bart is mischievous, Lisa’s bright and ALREADY reams off an introspective monologue no-one asked for, Homer doesn’t get on with his cynical, sarcastic sister-in-laws – Patty & Selma are already excellent. Hilarious introductory segment where Patty rings the house, refusing to acknowledge Homer. Flanders is there – even though he’s nice and means well, the comparison of his ‘everything’s perfect’ situation really beats down Homer.

• The episode is about the weight of expectation for a father to provide a good Christmas for his family. Such a strong moral core. He needs money – every attempt fails – removing Bart’s tattoo empties the Christmas fund. There’s no Christmas bonus at work. His Shopping mall Santa part time gig pays out $13; he goes to the track for a big win and loses…the lowest point, checking for mistakenly discarded winning tickets on the ground. There’s actually a really touching moment where Bart says “Wow you must really love us to sink so low”. But having a loser of a dog (who was chased off by his original owner) is something that can share their love, and that’s what Christmas is about.

• As a pilot, animation’s a bit rough (dodgy hair, check out the crazy misaligned eyes!), but that’s to be expected. It’s also worth noting that cartoons on prime-time were unheard of before the Simpsons. This one broke the mould.
• Since it’s a simple Christmas opening, there’s no chalkboard gag.
• There is only one story – no subplots. It stays on point the entire time. It’s weird (in a great way!)

Notable quotables:
• Bart “It used to be a real boss tattoo” Holy shit that term was around since the early 90s. Boss!
• Homer to Marge “You deserve a guy with a fat wallet and a credit card that won’t set off that horrible beeping”
• Homer (about Santa’s Little Helper) “He’s a loser. He’s pathetic. He’s…a Simpson.”

Overall: It’s quite an impressive story and foundation they managed to build – it’s all there, right from the beginning.