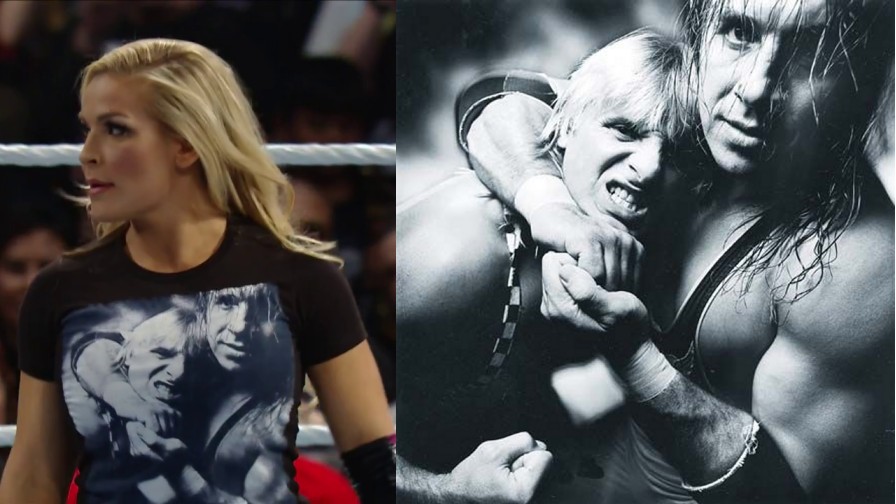 Natalya vs Charlotte (c) for the Diva’s Championship
A rematch of Charlotte’s first main roster bout! I expected Nattie (whom I love) to complement Charlotte well but it was a pretty nothing match. Loved Nattie’s New Gen Bret & Owen shirt. Annoyed with Nattie absolutely no-selling a figure four, robotically shouting “no” at Charlotte. John Cena/Cinder block levels of no-selling! Something I did love was Charlotte keeping the F4 on whilst going out of the ring, which is reminiscent of what Bret used to do in the corner on the outside. Nattie hit a nice powerbomb for a 2 and applied a perfect surfboard. Nattie looked like a real idiot from the finish – releasing the Sharpshooter of her own accord to jaw-jack with Naitch, and got rolled-up for her troubles in 13:37. Fine but disappointing.

Brock Lesnar vs Bray Wyatt
A huge fuck you to the audience, Bray got Luke Harper added to the match, and then did not wrestle himself (so it was like a substitution). He fobbed it off as “making a deal with the devil”, and Lesnar allowed it, battering Harper with little resistance (winning in 4:03) and walking after Bray, who went to the back. Fuuuuuuuuuuck you Ontario! I’ve no idea why they’re saving Brock/Wyatt (especially after advertising it) as Brock is facing Ambrose at Mania. Odd. Shit.
Worth noting that Harper is actually a very underrated wrestler – he was in ROH and Dragon Gate before WWE. He hit a nice whirlwind clotheline and suicide dive to Brock.
Earlier in the night Heyman cut a babyface promo about Suplex City. It’s so weird that characters don’t change their personas and change between heel and face (as with Lesnar here). You could say they’re 3 dimensional complex characters, or more accurately, it’s just a bit of a mess and WWE can coast because he’s a star.

Sami Zayn vs Stardust
Happy to see Sami Zayn, wrestling in front of his countrymen. I haven’t mentioned it but I love Stardust’s theme. It’s one of the best wrestling themes WWE have produced in years. It’s definitely Goldust’s brother, but his own character. Anyway, the crowd died for some reason (probably seeing Stardust!) and we got CM Punk chants. The disinterested crowd really does hurt things (but it is up to WWE to get you to care!). Zayn hit the Helluva kick and got the 3 in 12:33. 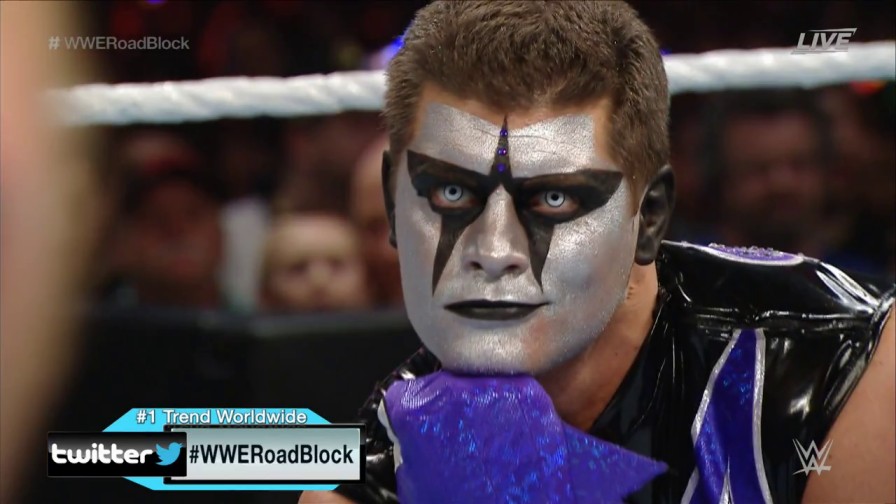 Main Event: Triple H (c ) vs Dean Ambrose
Shocked to see Aitch come out first, I assumed it was to cut a promo but no, he let Ambrose come out last (as H is the champ, he should always come out last). I find it odd that Triple H has reduced his on-air time since becoming champion – he’d cut 20-minute opening RAW promos beforehand, but now he’s both staying away from the Vince/Shane storyline, and is appearing much less on TV (it’s the opposite of how it usually works being champion!). Perhaps he has an ego that had to be filled with TV time, but now doesn’t need it as he’s got the belt. It’s good to see him actually defend his belt once before dropping it to Reigns, solidify his 14th championship reign.
The crowd was somewhat split between the two (Aitch will be roundly cheered at WrestleMania against Reigns) but got behind Ambrose. It was refreshing to see an in-ring contest between H and Ambrose (as opposed to brawling on the outside, using weapons etc) and Ambrose got a lot of offense. Hilariously JBL and Cole made a point about Ambrose having a gameplan (to attack Triple H’s knee) but Saxton hadn’t a clue and was talking about Ambrose having weeks-long gameplan to get himself this match. Aitch applied the Cripper Crossface (even trapping the free arm) but no Benoit chants, but we got more CM Punk chants.
As a televised house show you expect no titles to change hands (well, not the world title under a month out from Mania anyway); there was a holy shit false finish, where Ambrose hit the Dirty Deeds DDT and got the three count. The ref immediately waved it off as Ambrose’s foot was under the rope (which isn’t true, dick ref!). It took everyone by surprise and after Ambrose missed an elbow drop to Aitch through the table, he got pedigreed upon re-entry to the ring and Aitch retained in 24:43 in a very good match. 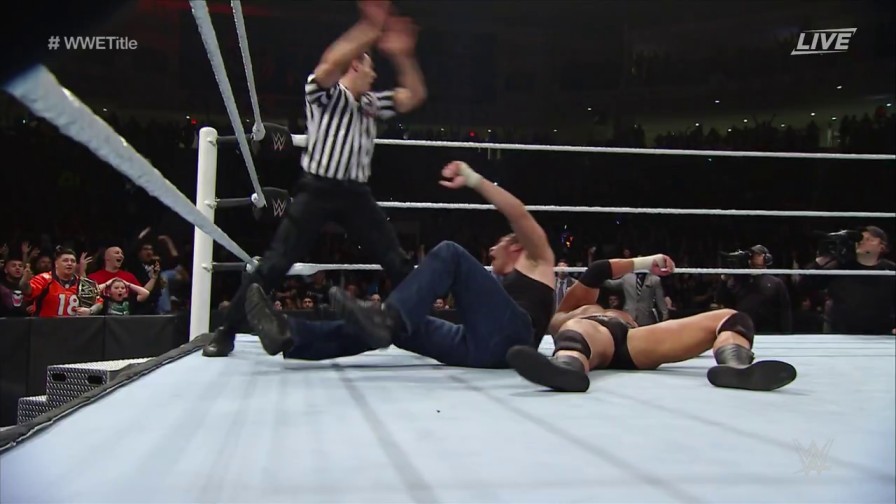 Overall, an easy watch, but inconsequential to WrestleMania. Biggest fuck you was not getting Bray vs Lesnar, and it’s great to see Ambrose be the main event babyface, in a refreshingly straight-forward title match with a huge talking point.

Update on the next OSW! Clicky here: OSWreview.com/update-2016-march